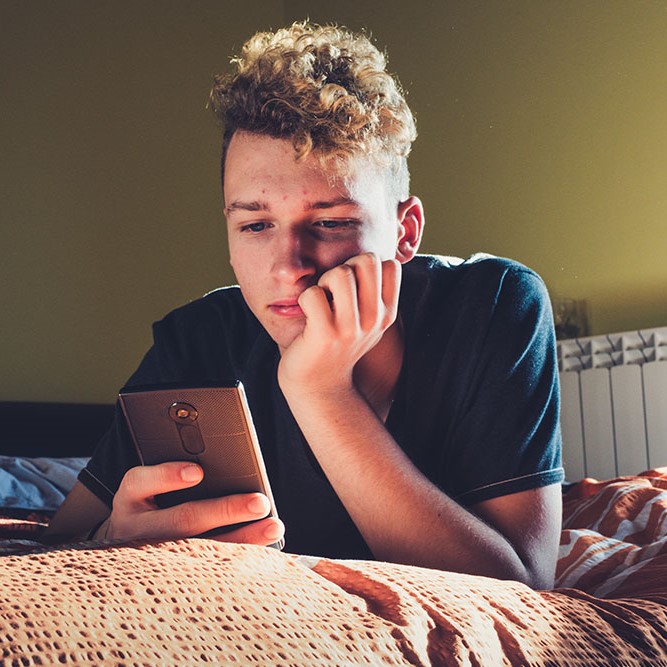 Teens are using their smartphones and other devices more than ever. Melbourne mental health experts are now treating teenagers who show signs of addiction to technology.

Almost every teen is using a smartphone

Think your child is on their phone all the time? You’re not alone. An estimated 95% of teenagers aged 13 to 17 use smartphones, with ‘near-constant’ use reported by 45%. More than ever before, adolescents are spending time indoors, alone, on devices, and are finding themselves isolated from friends and peers.

If you’re calling it an addiction, you could be right. Dr Matthew Shaw, Director of the young persons’ program at Ramsay Health Care’s Albert Road Clinic, has seen a gradual increase in the number of teens needing help as access to technology has increased.

Excessive tech use can be a problem – or a symptom

Excessive use is manifesting itself as anxiety, anger, isolation and, in extreme examples, refusing to attend school, according to Dr Shaw. Screen use on its own is not necessarily the problem – but it can exacerbate underlying issues, like bullying or problems at home or school.

“The arrival of the smartphone radically changed every aspect of teenagers’ lives from the way they interact – or don’t interact – with each other,’’ says Dr Shaw.

“But I’m not convinced that social media, gaming or devices generally are harmful in themselves. The excessive use is more likely reflecting deeper problems in other areas of their lives that need proper investigation.’’

Technology has also delivered positives for some teens, including an increase in creativity, a sense of social connectivity, a sense of belonging and personal contentment and emotional expression, according to Dr Shaw.

When to be concerned about tech overuse

Causes for concern can include:

“The kids I see who have a problem with tech are using it to retreat into a gaming fantasy world as a substitute for something else in their life,’’ Dr Shaw says. “I do understand that it is sometimes hard for parents to supervise their children and set limits on use because the technology is so portable so access is a real issue.’’

Dr Shaw’s advice to parents who worry that their children may be spending too much time on technology is to have a conversation with their teen about it to see what is really going on in the child’s life.

“It’s okay for parents to ask, ‘What is normal use?’” says Dr Shaw. His answer?

“I would think that more than an hour or two of tech each night is enough.’’