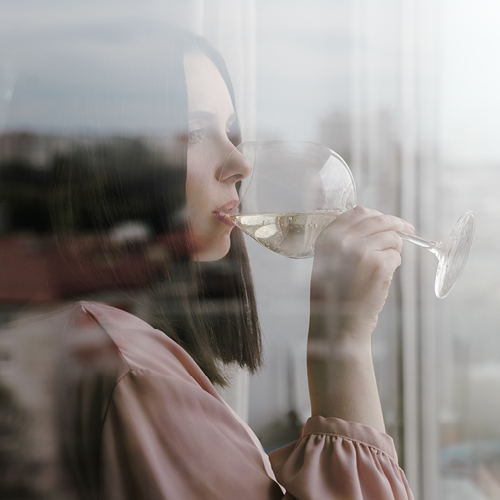 Alcohol affects everyone in different ways. The way it affects you can be impacted by your age, size, how much you drink usually and your health, but no matter who you are, overuse of alcohol can cause issues.

During times of stress and anxiety, sometimes people are tempted to drink more, but drinking too much has impacts beyond just being drunk and getting a hangover. Your physical and mental health, your job, your finances, your family and friends can all feel the effects of your excessive drinking.

What counts as a binge?

According to the Victorian Government, almost 1 in 3 Australians drink more than they should on a single occasion (also known as binge drinking).

Binge drinking can take a number of forms, including drinking a lot on one occasion or a lot over a series of days or weeks.

Even when Australians are not binging, we are regularly overusing alcohol. Almost 1 in 5 Australian adults consumes more than 2 standard drinks per day on average.

What are the effects of too much alcohol?

In the short term, the effects of too much alcohol can include:

Other issues too much alcohol can cause are:

In the long term, drinking more than 2 standard drinks a day can seriously affect your health. Dependence and addiction, especially in people who have depression or anxiety, are far more likely, and it can increase your risk of suicide. It’s not limited to later life either – alcohol is also the largest cause of drug-related deaths among Australian teenagers.

People driving or operating machinery, those under 18 or older than 65, and those taking other medicines or drugs are also much more likely to be harmed while drinking alcohol.

Addiction doesn't discriminate. Anyone, from any socioeconomic or cultural group, can be affected by alcoholism. Although each person behaves differently, some of the symptoms include:

Drinking safely doesn’t mean stopping completely, but it’s important to have healthy habits. Some tips include:

Getting help for yourself or a loved one

Whether it’s you or someone else who feels they might have a drinking problem, there are services that can help. These include: